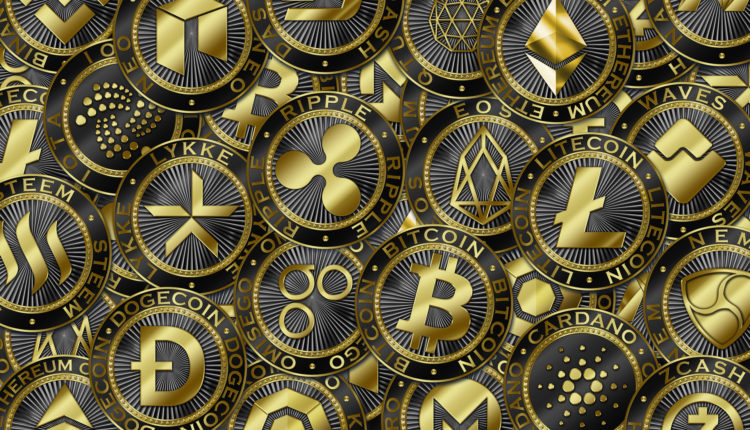 The Best Altcoins to Watch in 2020

The Best Altcoins to Watch in 2020

There are many alt coins out there and I'm sure many more to come this new year, but what coins should you be keeping an eye on or filling a fat bag with?

Here are my picks for the new year.

BTC is aways the best option of cryptocurrency to invest. 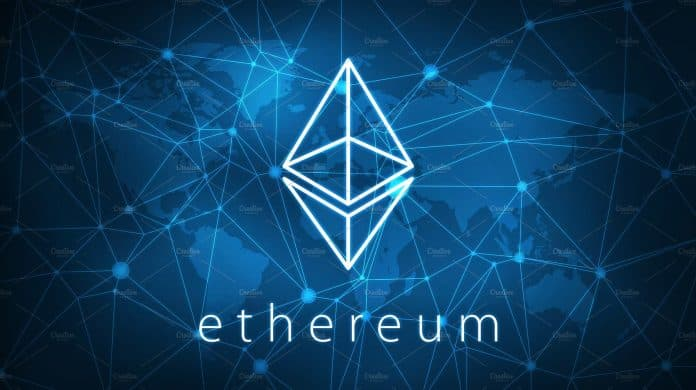 After Bitcoin, Ethereum is arguably the second-most widely known cryptocurrency. Don’t let the recent FUD or issues around ETH 2.0 fool you; however, one of the industry’s most widely used cryptocurrency still has a great future.
The platform was envisioned by Vitalik Buterin and implemented by a talented team of developers. The principles behind the development, according to their whitepaper, are simplicity, modularity, universality, agility, and non-discrimination.
As Vitalik Buterin puts it, “What Ethereum intends to provide is a blockchain with a built-in fully fledged Turing-complete programming language that can be used to create “contracts” that can be used to encode arbitrary state transition functions, allowing users to create any of the systems described above, as well as many others that we have not yet imagined, simply by writing up the logic in a few lines of code.”
The platform ended up creating a significant aspect of blockchain technology, Smart Contracts. These are crucial in defining transaction terms and have become essential in the blockchain ecosystem.
Smart contracts attracted app developers to the Ethereum protocol, which resulted in numerous DApps being supported by the protocol.
Ethereum has contributed significantly to the blockchain ecosystem; however, there is still room for improvement especially in its transaction rates. The platform has been working on improving its speeds to meet the transaction demands generated by all the d’Apps using its protocol.
By improving its protocol and with its talented and experienced team, Ethereum has the potential to rise above its current position, cementing its place as the second-best cryptocurrency.
More on the platform can be read here. 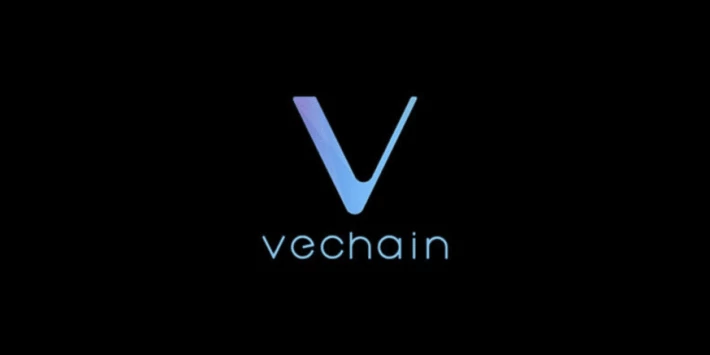 The platform is an enterprise-focused blockchain that provides solutions for the supply chain industry. It provides business applications on various aspects of the industry, including inventory, tracking, and quality control.
VeChain’s services come at the opportune time when blockchain adoption is increasing in the enterprise world. Enterprise adoption is of blockchain technology is increasing significantly as a result of the solutions the technology can provide.
Already, VeChain has partnered with other brands for ground-breaking supply chain solutions, which have been noted by world leaders. Its innovations have resulted in an increase in its value on the market.
The platform has two tokens that are used for different aspects of its operations. VET is the token used to transfer value across the network. It is therefore traded in various exchanges and is more widely known than the VHTO token used to power transactions on the platform.
VeChain serves an integral part of the world economy. With the increase in enterprise adoption of blockchain technology, we may see a rise in the value of VET in 2020.
The platform, however, needs to improve on its security. Potential investors will only become investors if they are assured of the safety of their investments within the platform.

The platform focuses on data exchange in the decentralized ecosystem. Specifically, MXC is working on becoming the largest IoT data exchange platform in the world.
The importance of data cannot be over-emphasized. Its supply is crucial to every service rendered by every industry. Thus, the team behind MXC created a platform where anyone can collect, store, and monetizes data in a fast, secure and efficient way.
MXC uses LPWAN technology to execute its proposed data flow protocols.
Its take on the flow of data is impressive and innovative. MXC is coming up with solutions to present and future problems. Because of data innovation, MXC will likely remain relevant and increase in popularity in 2020 and beyond.
The company already started the implementation of one of its services, dubbed Smart Cities. When successful, Smart Cities may be the standard of data flow for major cities globally. This may see the MXC cryptocurrency becoming even more valuable in exchange markets.
In its years of existence, the platform has made some encouraging partnerships with select cities. MXC will need to increase the number of cities it partners with to improve its chances of achieving a global presence.

Scalability is a constant thorn in the blockchain ecosystem. However, various platforms are addressing the issue.
Zilliqa is a public blockchain that is actively mitigating any future scalability problems that may arise in the ecosystem. The platform has an active sharding process, which, in theory, means that it can process an infinite number of transactions if the right conditions are met.
In the meantime, the platform is working with the resources it must deliver great transaction speeds. Zilliqa has managed to scale to a high of 2,828 tps since its mainnet was launched. This can get even higher if the right improvements are made.
The platform needs to make increase its attractiveness to get more nodes and subsequently improve their speeds. This will have a positive impact on their ZIL cryptocurrency. Therefore, Zilliqa is a potential investment choice. 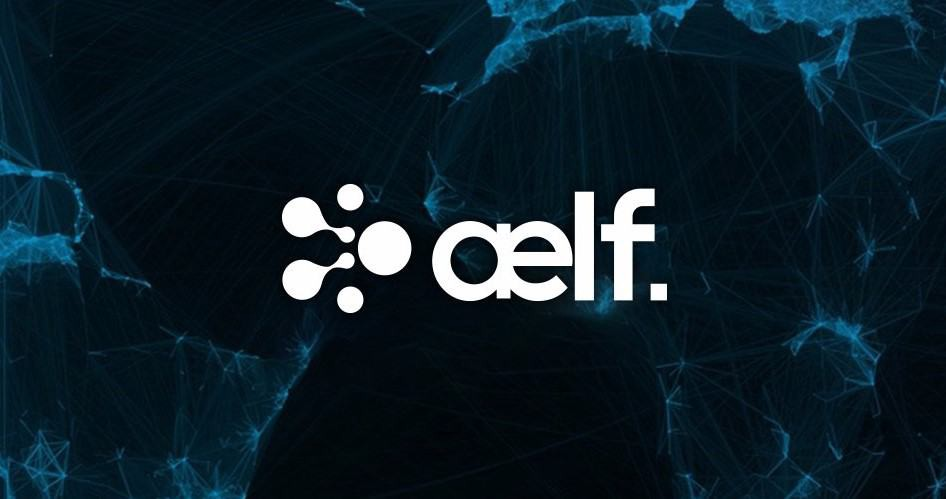 You cannot talk about enterprise blockchain adoption without mentioning Aelf. The platform is arguably the leader in terms of blockchain specialization.
Through its network, different industries can adopt blockchain technology without the fear of scalability. Aelf’s platform uses sidechains and a Merkle tree system to differentiate different blockchain services. Each sidechain specializes in a particular industry or service, thus reducing the time taken to solve transactions.
With enterprise adoption, the main agenda for blockchain in this decade, Aelf, is likely to succeed with its practical and efficient platform. Thus, investing in Aelf may be the right decision.
The platform needs to initiate several partnerships with different enterprises as an example of its target market to fast-track its growth.

The coin was launched back in a 2017 ICO to fundraise for the development of the Binance Exchange platform.
Binance is now an active crypto trading platform offering competitive rates in the market. The platform received positive reviews from the community upon its launch. Binance accepts users from every part of the world.
Binance has registered tremendous growth since its release, and it is showing no signs of stopping its run anytime soon. Its exchange shows impressive statistics to back its potential dominance of the market. Further, the platform is also trusted by the community.
These factors make Binance coin (BNB) a potential investment option in 2020.

Termed as the best performing cryptocurrency of 2019, Chainlink is proving that it is here to stay.
Chainlink offers an interesting service in the blockchain ecosystem. It links smart contracts to external, off-chain, real-world data. This makes it an essential tool for every platform that requires external data, which is arguably every blockchain platform.
Its service has made Chainlink an attractive outfit that saw its marketcap grow beyond $1 billion.
The platform will likely emphasize its importance in 2020.
EOS earning option to other regions.

Last on our list is Monero. The platform was designed to ensure that transactions made via the platform cannot be linked and are untraceable. Monero emphasizes on their secure platform as a way of keeping transactions private from prying eyes. The platform is also fungible; thus, assets always retain their value in different forms.
The described altcoins are arguably the best in the market, and they are only going to get better. Despite some of their flaws, these platforms have shown dedication towards their craft. It is only a matter of time before one, two, or even all of them become successful.